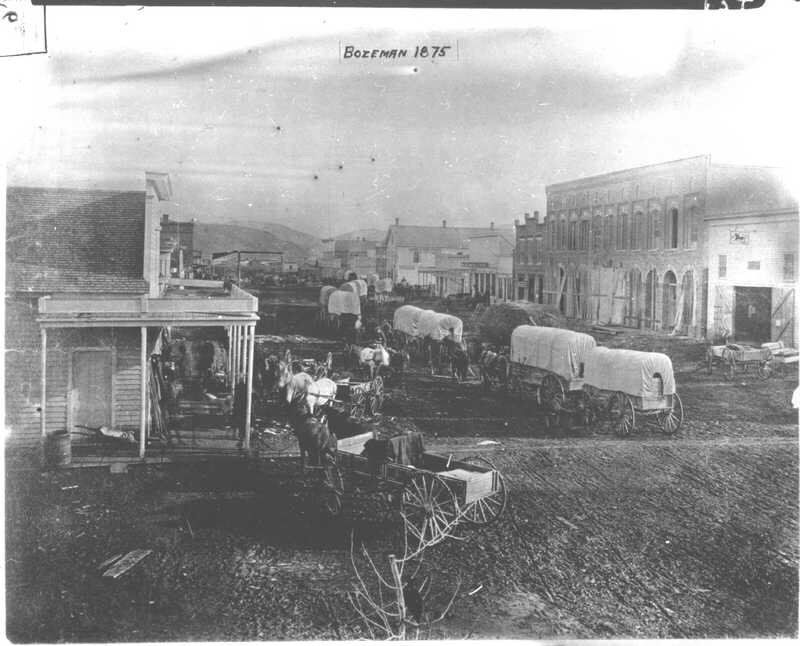 “I think I’m going down to the well tonight, and I’m going to drink till I get my fill.” – Springsteen

The Bridger Mountains are to the northeast, the Tobacco Root Mountains to the southwest, the Big Belt Mountains and Horseshoe Hills to the northwest, the Hyalite Peaks of the northern Gallatin Range to the south and the Spanish Peaks of the northern Madison Range to the south, make Bozeman, Montana, an outdoor enthusiasts wet dream. Yellowstone National Park is a 90-minute drive south, and “A River Runs Through It” was filmed on the nearby Gallatin River, so trout fishing is a given. If you’re lucky you might even find a lock of Brad Pitts hair on the rivers edge.

Restaurants galore and some good ones at that, a wine bar, a booming Main Street with eight breweries to go with it, make Bozeman a pretty cool little city. I use the word “little” lightly, as unfortunately, Bozeman has one of the fastest growing populations in the USA, (hence the BozAngeles label) with a large flux of people moving in due to the recent tech boom, it’s estimated that by 2076, Bozeman will be the size of Salt Lake City – thats a scary thought.

But things change and 2076 is 58 years away, so let’s head to the breweries and worry about that later.

My first stop was Map Brewing.

MAP, hands down, has the best view of all the breweries in Bozeman. It sits along the west shore of Glen Lake and the East Gallatin Recreation Area and looks out at the Bridger Mountains. During the summer you can rent paddle boards nearby and spend a few hours cruising around the lake, and of course finish with beers on the patio. They have a couple of award winning beers like the Northbound Ale and some local favorites like the Destination Session IPA or Smoked Lion Wheat Beer.

I love how experimental this brewery is – sometimes a beer just doesn’t turn out the way they’d hoped, and that’s fine by them. They let their customers decide what’s good and what needs work. They do have some staples that are delicious, but the fun is in trying new things. 406 is now offering food, so if you want to hang out and grab a bite, you’re good to go. I recommend the Strong Scotch Ale (6.2%) 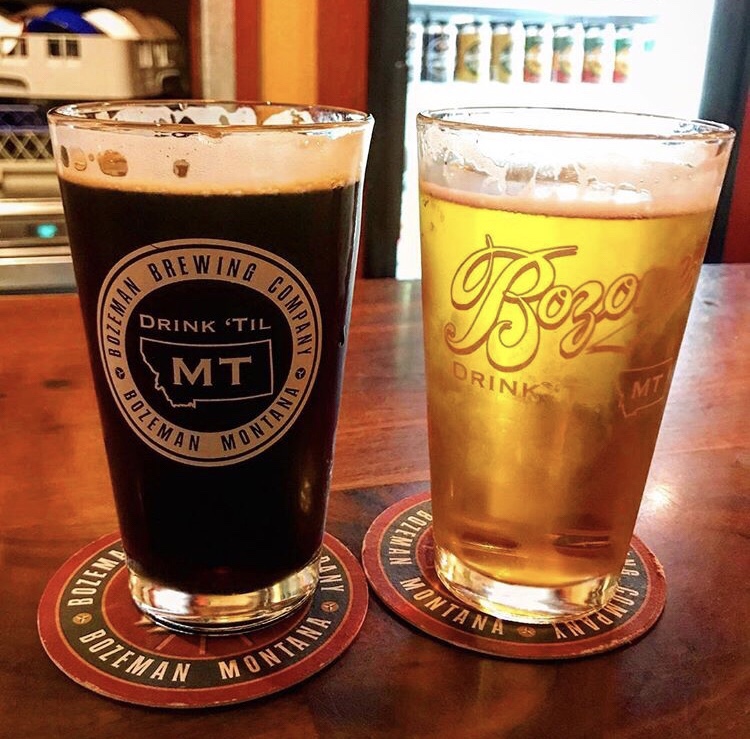 Not very big, and somewhat crowded on Friday and Saturday nights, but it’s where craft beer was born in this town. Favorites like Bozone Amber Ale and Hopzone IPA are dispensed at numerous bars in the area, but it always tastes better when you’re drinking it at the source. A popcorn machine in the corner is the only food served (though there’s sometimes a BBQ truck in the parking lot).The oldest of the breweries in Bozeman, they’ve been brewing beer since 2001. Their most popular beer is the Bozeman Amber and it is fantastic! The tasting room is small with only a few tables but the atmosphere is a fun locals hangout. 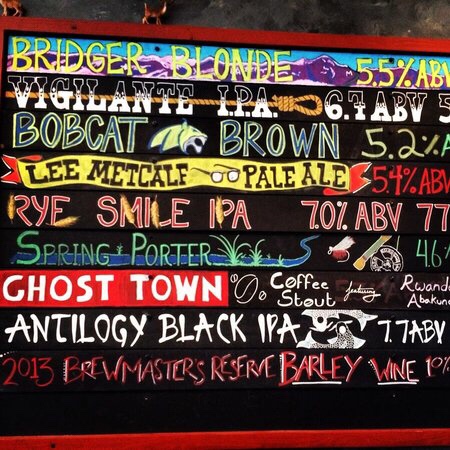 This is located right across 11th Street from the Brick Breeden Fieldhouse. They feature great beer and delicious pizza. This is a popular hangout for MSU students or anyone attending events at the field house. Try out the Vigilante IPA or the Ghost Town Coffee Stout. If you want something a little lighter, the Blond Ale or the Climb Every Mountain Hef will be right up your alley. Their pizza is delicious and they even brew root beer if you are looking for a kid friendly option.

Outlaw is located a little off the beaten path on North 27th Street. It sits at the edge of a neighborhood and has a very local feel. But don’t sleep on Outlaw – the beer is excellent, including their Irish Cream Ale and Passive Aggressive IPA. In the winter the Russian Bill Imperial Nitro Stout is great after a day of shredding Bridger Bowl. Outlaw does not serve their own food but there is usually a food truck outside if you get hungry.

If you’re hanging out downtown, (which is inevitable) White Dog is the brewery to check out. It sits on the west end of the downtown area along side Bozeman Spirits distillery. It’s got a great little trendy vibe and some good beers that pack a punch. If you are looking for something light and refreshing, check out the Blood Orange Hef or the Blond Ale. If you crave something a little more full, try the Scotch or the Double IPA (both fantastic) If there is room to belly up you will be amazed at the bar top. It features a chilled metal strip to place your beer on to keep it frosty, and it actually works. They don’t serve food there, but you’re on main, so getting food isn’t an issue. 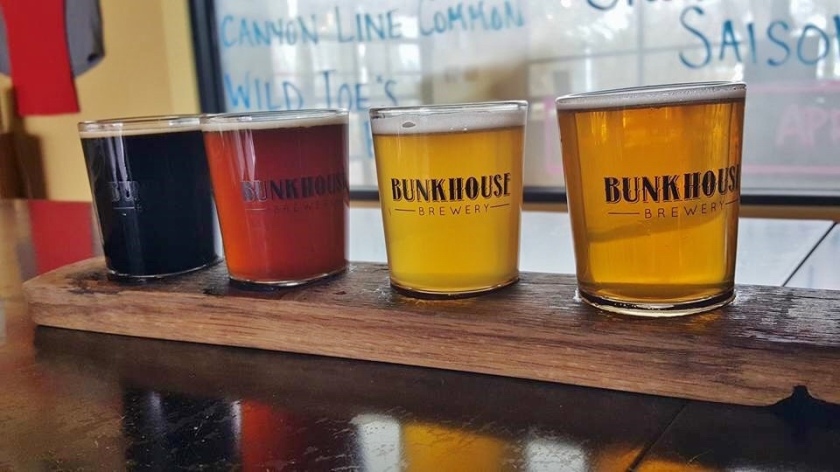 This is one of the newest breweries in town and is located right near campus and around the corner from Bridger Brewing. They are focused on bringing back an older style of German brewing while still producing popular beers. Check out the Broadhorn Brown Ale or the High Lonesome Hef. This is a great spot to pair with a brew tour that includes Bridger Brewing.

Another new member of the brew family in town. The menu includes hushpuppies with scallion aioli, smoked trout dip and sriracha and honey chicken wings as well as a pair of wood-fired pizzas. The wood fire, the open kitchen, the low ceilings and shared tables, all are part of Dose’s desire to create an atmosphere that feels comfortable. Try the Gallatin Roar Triple IPA or the Boxelder Red Ale.