I started my Saturday off at the New Glarus Brewing Company in Wisconsin. Founded in 1993 by Dan and Deborah Carey, they produce seasonal beer as well as six staple beers that are available year round – Moon Man, Raspberry Tart, Serendipity, Wisconsin Belgian Red, Two Women and Spotted Cow – their most popular beer. 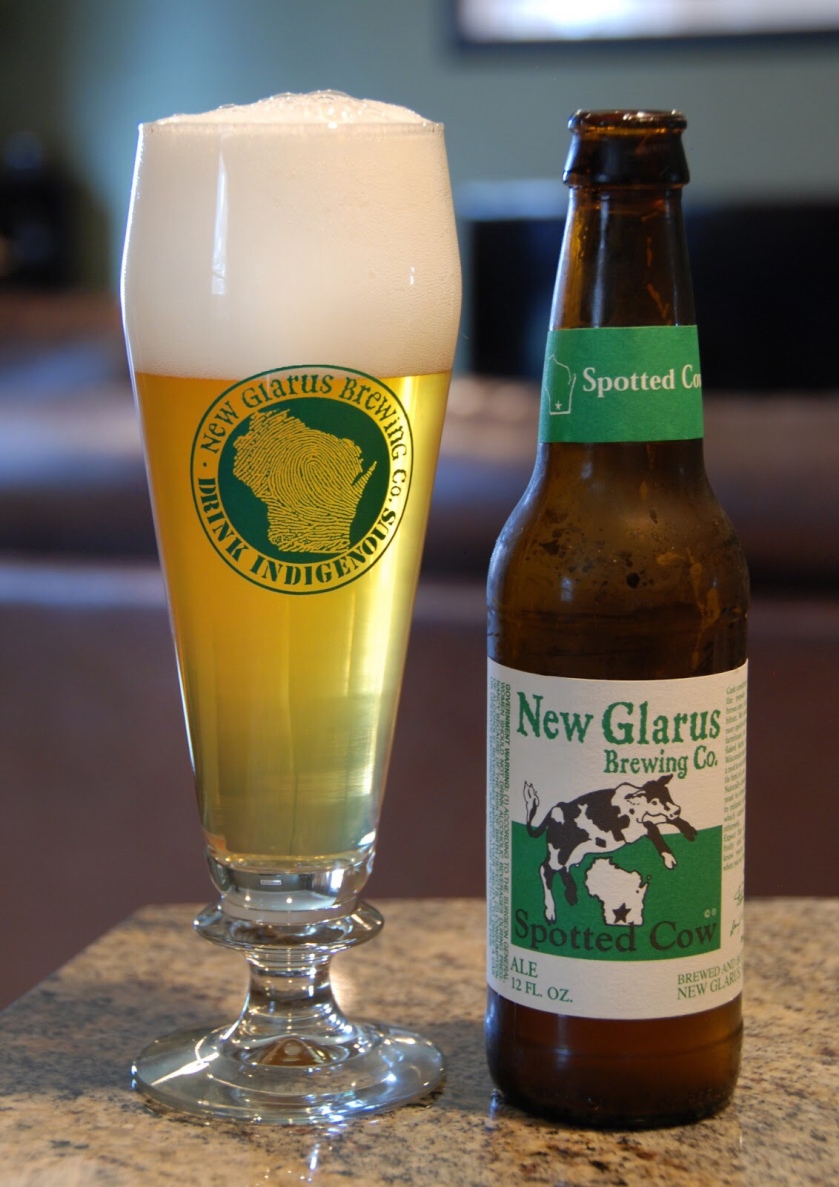 First brewed in 1997, Spotted Cow is a cask-conditioned ale, sweetened with corn. They brew about 45,000 barrels a year, which accounts for about 40% of all the beer New Glarus makes in a year. An unfiltered brew, (meaning the brewers yeast is still in it) Spotted Cow has a smooth 4.8% ABV and is one of Wisconsin’s most well known beers. 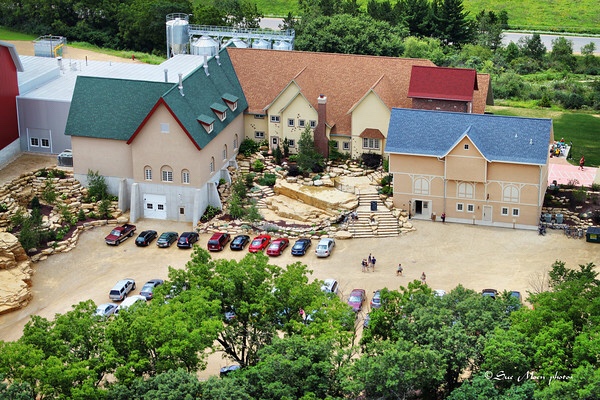 The brewery itself started in an old abandoned warehouse with used brewpub equipment. The Carey’s hit a stroke of luck when they acquired a million dollars worth of kettles from a retired German brewmaster for just over twenty grand (scrap metal price) thanks to the couples business savvy and Dan’s excellent brewing prowess (he apprenticed in Germany) they’ve grown to be the 25th largest brewery in the nation. 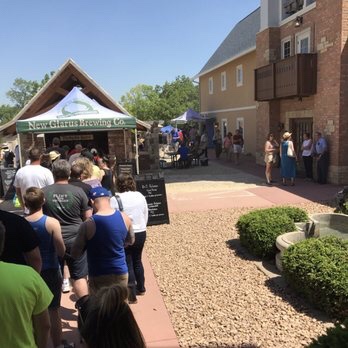 “When you get fat and lose your hunger, that is when you know the sellout has happened.” – Bruce Springsteen

In May 2006, the company broke ground on a $21 million facility on a hilltop on the south edge of the village of New Glarus. The facility was designed to look like a Bavarian village and has since become a Wisconsin Wally World destination for up to 150,000 people a year. Parking is not a problem, since there’s a Wayne Newton style bus parking area. It’s not everyday you get to go to Branson Missouri in Wisconsin. 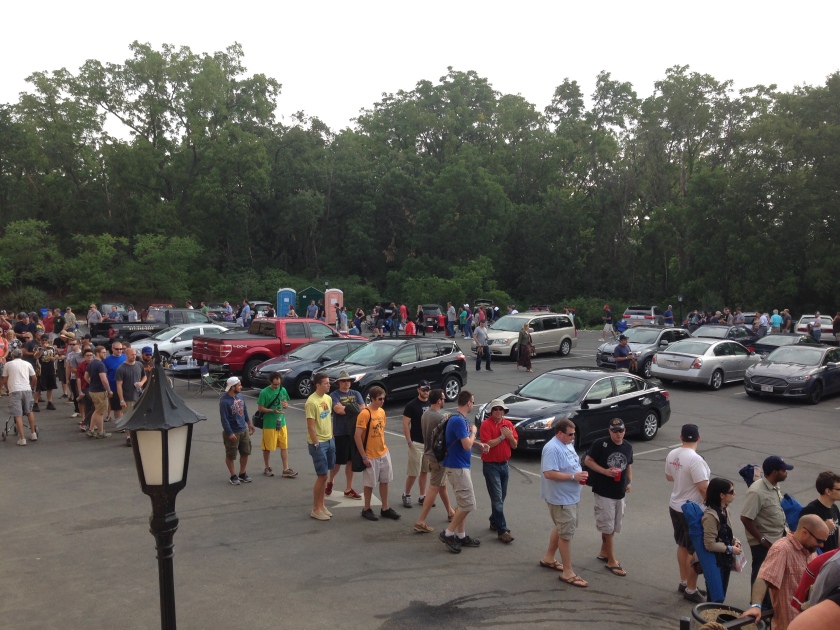 The only things missing were the Spotted Cow effigy standing at the front entrance (with the punched in nose compliments of Chevy Chase) and a Spotted Cow mascot handing out utter shaped balloons to the kids. And maybe there was, I didn’t see them as I was too busy swimming through a sea of people to find a spot in line to purchase drink tickets, so that I could be redirected to a second line to get a beer. 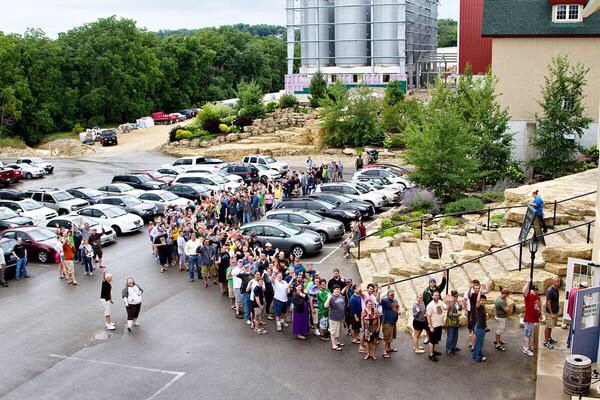 “Your approximate waiting time from this location is 30 minutes. Please take one of our complimentary souvenir catalogs and watch this televised brewery tour on the big screen tv in front of you and have a great day.” 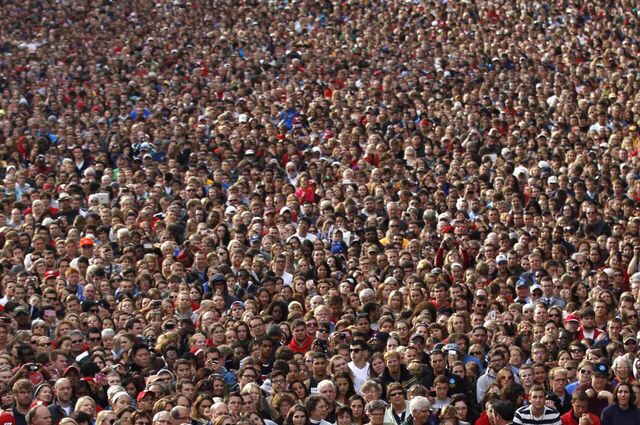 In Canada, we had a government run merchandise store called Consumers Distributing. Dead looking attendants greeted you behind cold hard counters. I would fill out a form for the item I wanted, wait in line for what seemed like forever, then hand the form to the dark wraith behind the desk who would go into a back room to try and locate the item on the form. (Always on backorder. Always) 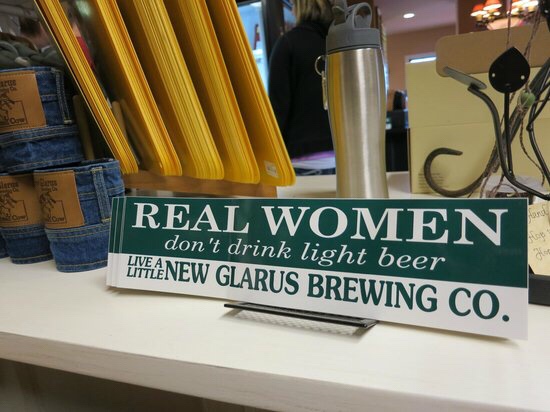 The website slogan for the brewery is – “Welcome to our quaint little brewery nestled on the outskirts of New Glarus, Wisconsin.” This is equivalent to saying “McDonalds, over 20 served.”

New Glarus Brewery is a perfect example of corporate mashing and what happens when business takes precedence over production. Not that there’s anything wrong with that from a business standpoint. If the money is rolling in, jobs are being created and the local area flourishes. The owners and investors couldn’t be any wiser, shrewder or better at filling their coffers. They’ve done a hell of a job turning their quaint little brewery into an enterprise, with the soul purpose of draining the wallets, purses, pockets and allowance of every man, woman and child. Yes, even children are not immune. The plethora of stuffed spotted cow toys is overwhelming in the Walmart size gift shop connected to the tasting room. According to their website, New Glarus consider themselves to be agricultural manufacturers, not retailers. 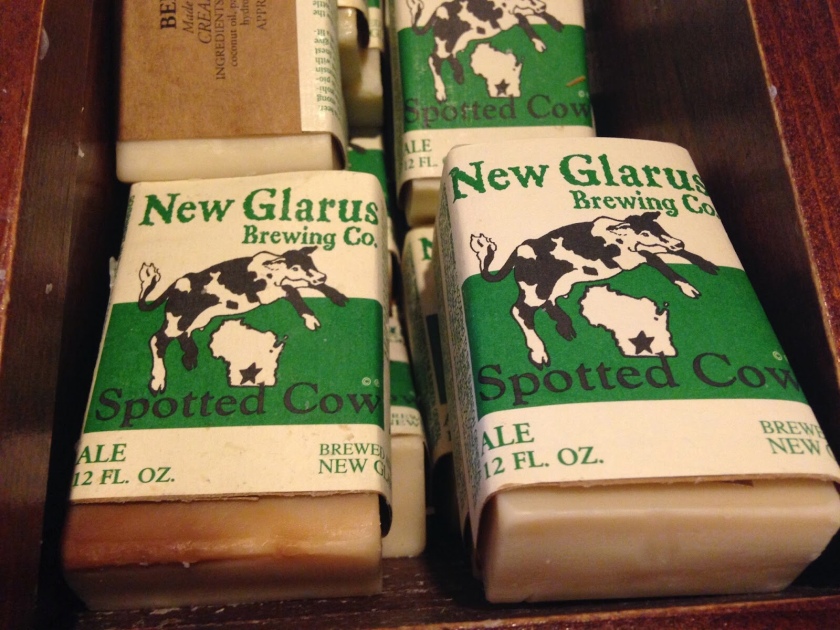 Really it depends on what you’re looking for. If you want a hands on Mom and Pop experience, someplace where you can cozy up to the brewers and the bartenders, or talk about the real things in life with the person sitting beside you, (I like my bullshit down to earth) you won’t find it here. You will find that one middle aged slumlord in his Ralph Lauren polo sporting a Rolex – minus the Swiss time movement, talking about his golf swing and how the Lexus dealership in Madison is better than the one in Milwaukee, as he buzz’s on a thimble size glass of Raspberry Tart. 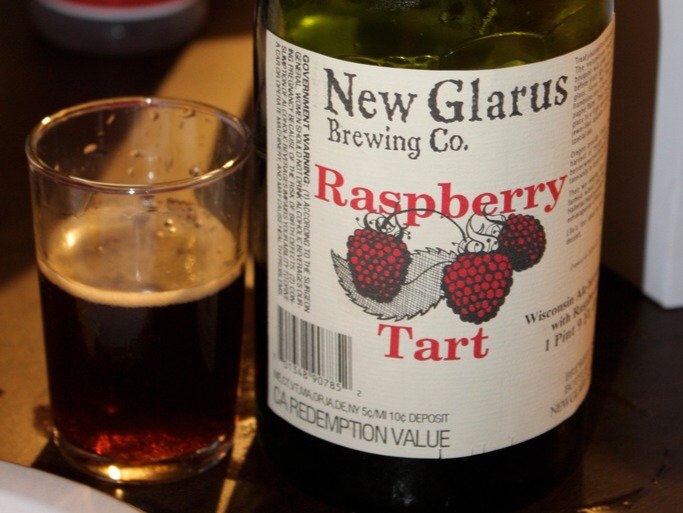 On the other hand, if you’re looking for a family experience, where you can bring the in-laws and let the kids run around in circles to burn off the candy grandma gave them, all the while sneaking in a couple of very excellent, much needed brews and not feel guilty about drinking them – this is the place for you. 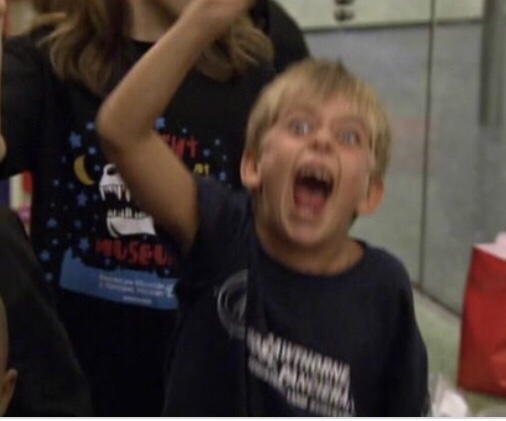 I prefer the smaller, less commercial establishments, not the stuffy energy that flows out of the corporate Bavarian walls here. But in hindsight, I can’t criticize the beer flowing out of New Glarus, it’s excellent. Just be sure to bring a friend, because walking with a friend in the dark is better than walking alone in the light. Cheers! 🐄

One thought on “New Glarus.”